I had so much to say whilst on holiday and took so many photo's and then when I arrived in South Africa  I could not connect to  my blog.  Hardly anyone uses WiFi, they  work with dongles so I couldn't send out  my posts.  I would still love to share some bits with you so I will try to catch up on Christmas and New Year over the next few days.....

Christmas was the most amazing day.    45 members of the De Beer clan were together for the first time in  years and years.
The only members of the family that missed the reunion were my three children and their families and their absence was deeply felt, but I think that  they were there in spirit and sharing photos  and messages ensured that they  could keep up with all the celebrations.
It is so difficult to get such a large family together for an occasion,  so the fact that we had so many of us together was wonderful.
It was such an emotional time for us, having not seen the family for  just over 6 years meant that there were a lot of tears, excitement, hugs an overdose of love and of course food 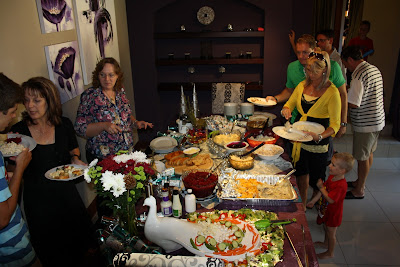 and food and more food.
We had a Hog and a Sheep on the spit
and salads for Africa (excuse the pun) 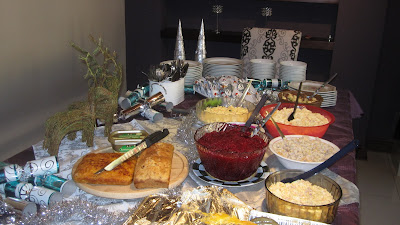 Desert was full cream caramel and vanilla ice-cream with chocolate sauce and I made my famous butterscotch and strawberry pavlova!

After all that celebrating and over indulging  Christmas day, we spent boxing day (the 26th December) just relaxing around the pool drinking and eating, some more ....... what can I say?
The temperature was 35degrees Celsius with a 100% humidity most of the time so the only way to cool down was to dip in the pool! 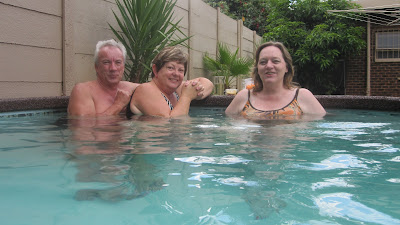 
Wwhat more could we have asked for, braaied steak and baked potatoes with sour cream and cheese.

A stunning end  to an amazing Christmas weekend