We left home at 6:30 on the 22nd December, so excited and so ready for our holiday - took an early morning ferry from Gosport to Portsmouth
and then caught the 8: 00 am National Express bus to Heathrow.
The  bus trip was 3 hours long due to part of the motorway  being closed, but we arrived in good time and  booked our luggage, got boarding passes and went into  the International  departure area to have some  lunch.
At 15:00 we  boarded an Air France flight and an hour and 15 minutes later we had landed at  Charles De Gaulle, Paris.  We had  quiet a long tiring  5 hour stopover at Charles De Gaulle and by the time we boarded the Airbus 380
and all 600 passengers and 36 crew members were  settled in and ready for take off I could hardly keep my eyes open.
Our 9 hour flight was not bad at all and as usual the Air France crew were very  professional and the food was good and the movies were new releases so it was  all in all a really good flight.  Only one serious amount of turbulence through out the  flight which was good.
We landed at 10:00 South African time at O R Thambo Airport 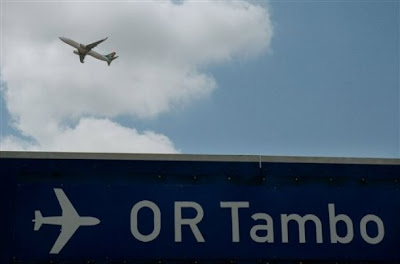 and my sister and brother - in  - law were  waiting for us when we cleared  customs.  The man was shaking from head to toe with excitement and emotion at seeing his sister for the first time in 7 years, there were loads of tears and excitement as we set off  on the motorway to Pretoria 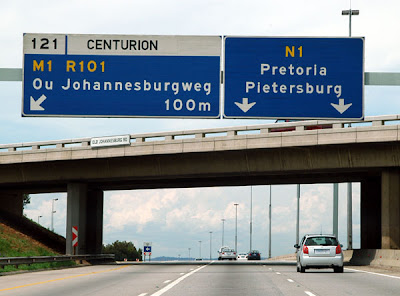 to start  our holiday and Christmas family reunion.

Wow! What a great trip. I look forward to seeing more photos of South Africa! Kit

Lucky you, going to Africa. I'm so glad you had a safe trip. You know, Africa is one of the places that I would love to visit (after Greece, that is). Have a lovely week.
~Sheri at Red Rose Alley